Published in the At Work Journal by Berrett-Koehler, 1997 and again in Leverage Journal 1997. 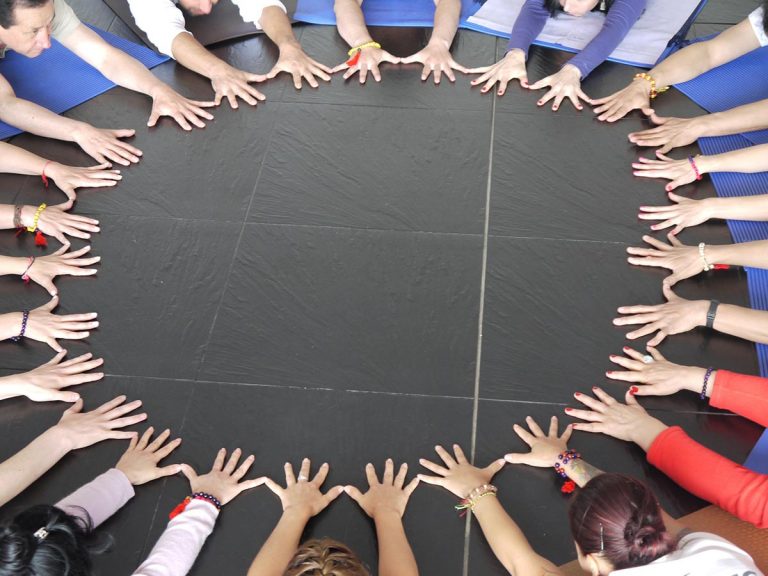 For ten years, I was CEO of a Canadian social services organization. I had been in this position for six years before I was trained in Open Space Technology by its creator, Harrison Owen. Following my training, I held a three-day strategic planning meeting using Open Space.

About 100 staff gathered in a circle with no preplanned agenda and experienced the normal angst of moving into something that felt very different. Added to the anxiety was some trepidation about what my agenda as their CEO was, compounded by the fact that I was leading the meeting myself rather than having a facilitator do so. To their credit, they gave me the benefit of the doubt and assumed that my intentions were good.

The meeting was highly successful, bringing forward many critical business issues and opportunities that needed immediate attention as we moved toward our preferred future.

As a next step, it seemed logical to hold a series of Open Space meetings once a month to deal with issues and opportunities that affected the whole organization. Each meeting was scheduled for a three-hour time slot because we couldn't spare more time away from our other work.

The first session focused on our concerns about communication (I have since found this is common in other organizations.). It produced readily implementable creative solutions that did not require additional resources and were acted upon immediately. The second meeting focused on our resource development program. Resource Development was responsible for raising $2 million annually. Most conflict within the organization was between the resource development team and the teams responsible for direct customer service. The staff of Resource Development was surprised to learn that the rest of the organization was interested in what they were doing. There was a real buy-in to having resource development and public relations be everyone's responsibility, whether it was in an individual's job description or not. Furthermore, exceptionally good ideas were proposed. Their implementation led to unprecedented success for us during a recessionary year in which other charities did not meet their fundraising goals.

I felt "blown away" by what was happening in the organization on a daily basis - high productivity, high creativity, terrific staff morale. I wanted to sustain the level of what was happening, and I wanted more. I understood that the change had something to do with our Open Space meetings, but I didn't know quite what it was.

Then there was a shift in what I was experiencing. On a personal level, I was finding that too many proposals for too many things were coming in at once. I felt as though the organization was "getting away from me" and that I no longer had a handle on everything that was happening. Somehow my job felt different. About three months after our first Open Space meeting, the staff and I clashed badly. It seemed as if my belief in what we could be and what we could achieve was disappearing.

But we were able to work at what was going wrong because we had achieved such a high level of operating together. And the solution came, along with a major insight about an ingredient essential to this type of organization. We realized that we needed to agree upon the "the givens" of the organization, the non-negotiables defined by our organizational structure, our governance policies, our budget allocations, and so on. A great deal of effort was expended to reduce the list of givens to its simplest form. For example, our organizational structure was a given, but it was not a given that it must remain a hierarchy. Once we had agreed on the givens, we collectively realized that everything else could be dealt with using Open Space principles as the means of working together.

We had a bulletin board where anyone could post an issue or opportunity at any time, and a process to determine whether an item would generate a special meeting or be worked on during a regular staff meeting. The person who put the topic up offered leadership to see it through.

The corporate culture changed, with everyone recognizing that leadership was in all, that all had a right to work at vision, that all had a role in the community, that all had responsibility for good management. The Law of Two Feet also applied. People used it to keep themselves only in situations in which they were contributing or receiving, so that no time was wasted by anyone in meetings. Conflict was minimized as people learned to let go of their agendas by living their organizational life using the Four Principles.

We maintained ourselves in this manner for almost four years. During that time we funded two new organizations, a large housing project and an inner-city health center. We received a number of awards acknowledging our leadership and our excellence as an organization. When our client load doubled, so did productivity – with no added resources. Yet quality and creativity and staff morale continued to improve. We had, in fact, become and sustained ourselves as a high learning, high achieving, inspirited organization. We had uncovered a roadmap for getting there.

Unfortunately, within the Province of Ontario there was a severe slashing of government funds to all nonprofit health and social agencies. In the process, our organization lost two-thirds of its funding, and we had to cease operations as we were. Most of the staff moved on to work elsewhere. The happy news for me in this is that many of the staff have taken our operating practices from Open Space Technology and have introduced them into their new places of work. They are influencing the way that their organizations are functioning, challenging them to a better way of being in organization together.