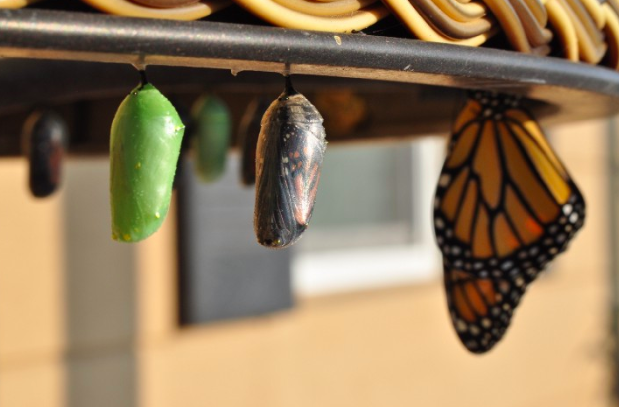 Working with leaders and managers I found that they too were steeped in these assumptions. As if people, or more accurately, all the people other than the person I would be talking with, are terribly bad at dealing with change. Therefore they are holding back the natural progress of the organization. Those people had to be pulled along, pushed along coerced, manipulated anything that could get us to the natural goal. The change had to be “driven” by those in power — interesting use of words.

Taking “Bad at Change” For Granted

For years, I took this assumption for granted. Because I did, I related and acted toward people in limited ways that elicited the behavior I believed was ‘natural’. I poo-pooed anger and concerns as resistance to change. When I worked with people, I took for granted that they would “push back,” resist, or in some other way undermine what was being done. They would do this even though the change was for the good. In a way, staying with this assumption was easy. All difficulties related to implementing a change could be blamed on individual characters and on human inadequacy instead of at looking at what may lie underneath this behavior.

While this was comfortable for me, a person in power bringing the changes, increasingly I came to realize that this assumption is not based in reality.

First, there is this simple fact: change is constant. In our bodies, in our environment in our thoughts, we are immersed in constant change. Just living and breathing we are changing. The earth’s continents have been and are changing. The climate is changing. Change is everywhere all the time. It is all that we know as humans. As the sages of many wisdom traditions have long known, change is constant, and we are constantly living with change. I am not saying we enjoy it. Rather that we know how to do it since we do it all the time —  we are naturals at it.

If we are such naturals at change how can it be that we are so bad at it in our organizational and community lives?

I started to wonder what would happen if instead of following the established organizational wisdom, I began to look with curiosity at what was happening when people expressed what I would have formally called push-back or resistance in change processes? By doing this, my vision expanded from the looking at individuals and their psychology, to exploring the way in which change is taking place. When looking from that perspective, it started to become clear that there are many structures and practices in place that make change hard.

One very important thing that I have come to respect is that people going through change act like humans. Humans react to change in emotional ways. This does not mean they don’t want the change, it means that in order to address the change they also need to address and have space for their emotions.

“Humans have emotions — Change brings up emotions — Emotions need a place during change.”

Again this is something that we as humans have known for millennia. All cultures have created spaces for the major transitions and changes in life. Birth, death, becoming adults, moving home, transitioning into different phases of life. A cursory look across the world will find these important moments of change marked with space for hope and grief. For celebration and sadness of what has been as well as for what is to come. Yet somehow in organizations this wise human practice, this expertise of working with change often gets overlooked.

Just as I was exploring these thoughts a series of synchronicities brought me to learn about the Genuine Contact approach, one of the few approaches that I know that so fully recognizes that organizations are made up of human beings and that human beings fullness need to be respected in organizational life.

Within the Genuine Contact approach there are some foundational beliefs and one of them that is helpful as a consultant working in change processes is related to recognizing this simple fact that change is constant, that change comes with grief and conflict, and that therefore instead of trying to push or manage it away, space needs to be made for it to express itself. By creating good ways to allow space for grief, you learn work with human nature and not against it. Any time you work with nature things get easier.

By taking this belief seriously, I have begun to shift my focus from people being bad at change, to figuring out ways to allow the change to be “metabolized” within people both individually and collectively. It means that in my change processes there needs to be:

Working with Simple Frameworks to become Good at Change

The many simple frameworks, like storytelling and the method of Whole Person Process Facilitation, help me to design meetings that are created so people can come in contact with all the resources we have to work with change, including their sadness, their anger and their joy, their creativity, and their fear.

Over the years I have noticed a shift in my own understanding. When I work I remember that indeed change is our nature, and therefore it is on me to design processes that encourage that nature to be used. As a result, I am constantly humbled to see how elegant and powerful humans are when they address change. It is a scarier place to be, than the one that I used to inhabit. It is messy and sometimes chaotic, and I am not in control. But then again, that is what change is about, isn’t it?

What would it do for you, if you took for granted that change is constant? How would it affect the way that you address change?

I'm a Consultant, Facilitator, and Mentor working with clients to unearth and use the potential within their organization to address change in a healthy way as they strive to make positive contributions in the world.