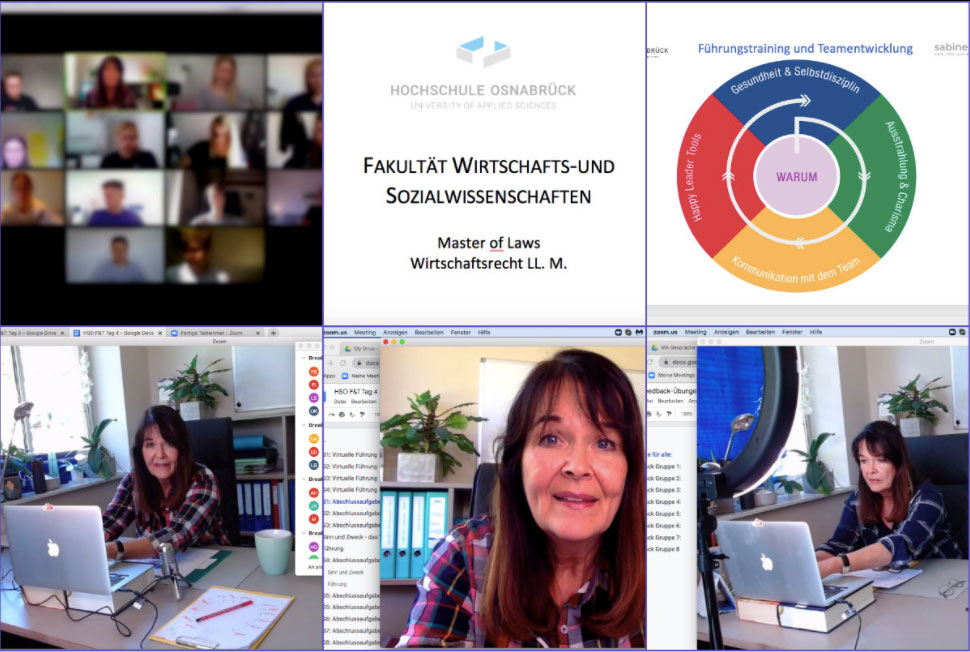 If someone had told me in February that three months later I would be holding a lively, participative and highly effective workshop online for four days with a group of 16 people on the topic of “Leadership and Team Development”, I would have only smiled mildly and not believed him. But the Corona crisis proved me wrong.

In January 2020, a professor from the University of Applied Sciences Osnabrück called me to ask if I would like to hold a block seminar on “Leadership and Team Development” in May. I was delighted to accept and in the next few days I received the contract, the key to the university, and a detailed tour of the buildings. I was looking forward to this task because I think it is great that even young people learn what leadership means before they start their professional lives, that they understand what is connected with the role of a leader, and how one can become a trustworthy and successful boss in health and balance. When I was a student this was not possible.

And then came the crisis. The lockdown. My customers canceled all my assignments, the speeches I was supposed to give on my book were canceled and I had to struggle for several days to get out of the deep hole I had fallen into.

When the professor called, I was out with my dog. She asked me “Ms. Bredemeyer, could you please prepare the seminar so that you can hold it as an online workshop in ZOOM?” Without thinking I spontaneously said “yes” to this request.

As a certified GC trainer and co-owner of the Genuine Contact Program, I have been working with my international colleagues in online meetings for about ten years. I had been on the leadership management team for six years and there we had held a wide variety of meetings online. Strategy meetings, crisis meetings, meetings on purpose, leadership, values, vision, community, and management. I was able to lead all these participatory meetings, knew what to think about to involve the participants as a whole person and felt very confident in them.

And suddenly the realization…

When I came back from my walk with my dog, I suddenly realized that this was a very different kind of meeting. I was afraid. Four days of 7.5 hours each. How would that work? Now I had agreed, had nothing else to do anyway, so I threw myself into the preparation of this task, which suddenly became clear to me in its full extent. But I was determined to succeed. Because parallel to my event with the students from the Faculty of Business Law there were three other comparable events with students from other faculties. The trainers had never worked online before. If they had also agreed, I should probably be able to do it.

I had six weeks to prepare this premiere. Because it was, in fact, a premiere. The university knew that, too. That’s why they hired a professor to do a study on the effectiveness of these workshops. She worked out an extensive questionnaire that the students were to fill out after the workshop.

The following weeks were special. The amount of work I put into this project distracted me well from the crisis. I actually worked on this task almost every day.

How did I master it?

After I had put together some texts which the students received for preparation, in order to work on some questions before the workshop started, I first thought about the contents I wanted to convey during these four days. I had already done this before I knew I was supposed to give this workshop online, but the changed circumstances made me rethink the whole thing again.

Which topics, which contents, which essential insights did I want to convey in these four days so that students would actually benefit from them?

So I started with the workbook. While compiling the texts, I already thought about which of the contents I had to present, which I could let the students work on in breakout groups and which of the contents I could leave to the students to read. Since I knew that I could not present for a long time, because it would have been unnecessarily exhausting for the students, I wrote and added supplementary texts, which I would not have included in the workbook in an in-person workshop.  This resulted in a workbook with 94 pages.

In the next step I printed out an empty table, as I use it for the conception and design of all my workshops. A skeleton for the design, so to speak. I always like to create such designs by hand, because I have found that I am more in touch with my feelings and can work better here. Later I transfer it into the computer.

This table always has five columns. Starting times, duration, who does what, what exactly happens in this time, and the last column with remarks. In it I note what I have to think about in this phase. If I have to upload a link here, if I have to show slides of my PowerPoint presentation there, if the students in this phase need Google Docs in their breakout rooms. All this information is in this last column.

With the finished handout, I thought again very carefully about the form in which I can convey the content. This design contains 14 pages. Of course I used the WPPF design as a basis. Circle, transfer-in, hopes and fears, agenda, then the topics, sometimes as a presentation, sometimes as group work in different group sizes, then a longer break, in which the students should read something which they could work on afterward in breakout groups and then again share their Aha’s and Oh No’s in the big room. I not only thought this design through, but I felt it through.

Not Just Thinking, but Feeling

I felt myself into every single phase of this design. I imagined what it would feel like to work on a theme with others in a breakout room and then share my insights in the big room. If it makes sense to let the Talking Object go around, should I put it in the middle of the circle at this point or should I just let the students talk into the room. Another task was to let the students do role plays. Here I decided to have them prepare the role play in breakout rooms and then let them present the role play in pairs or threes in the large room on the topics of feedback and appraisal interviews.

An important element in my design was the breaks. I had also sensitively planned these into the design during the preparation. Nevertheless, during the workshop I asked in between if additional breaks were desired. But that was only the case once because I had already felt these breaks in the preparation.

Two days before the workshop, which began on May 4, I was finished with everything. I had the workbook, Google Docs for each day, the necessary links, the worksheets that the students were supposed to print out during the workshop, I had a PowerPoint presentation for the four days and I had also prepared myself technically.

For the auditory students I had ordered a good microphone very early, which arrived here a few days before the workshop after a five-week wait. This ensured the sound quality. I had also bought, also early enough, an additional camera with which I could film the flipchart on which I could create one or the other graphic for the students. So I was able to change the perspective from time to time during the webinar. My internet is very strong, but with the WLAN connection alone it would vary in quality. So I bought a LAN cable, which made sure that my internet was completely stable over the four days.

I used the next two days to take care of myself, to do myself good, in order to be fully present and in health and balance on 4 May morning at 9.00 am.

Feedback that Speaks for Itself

When asked about suggestions for improvement, the students had for the lecturer, the answer was “The seminar was top structured, therefore no suggestions for improvement.” And when asked what highlights the students had, the Happy Leading formula, the grief cycle, and the different learning types were specially mentioned, in addition to various other content elements.

I don’t have to say that I am very happy about this result and I would like to encourage every GC Professional to design their online moderation with the elements of the WPPF. It works! Even in four long days of workshops. 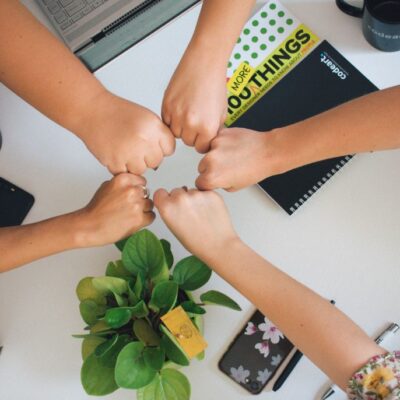 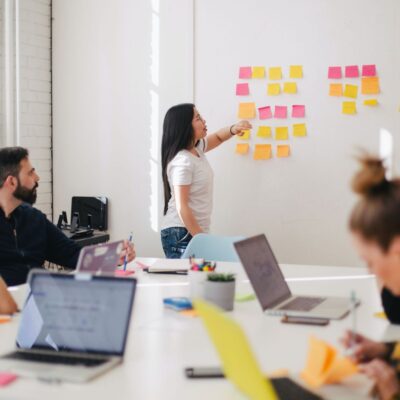 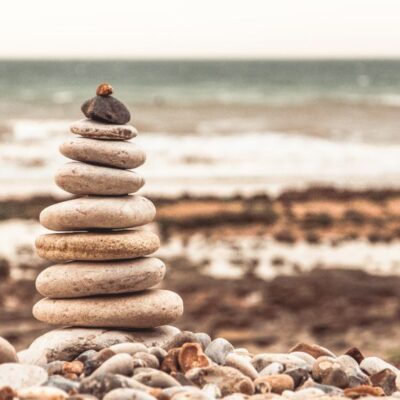 According to Merriam-Webster, the word hierarchy has five definitions: a division of angels a: a ruling... 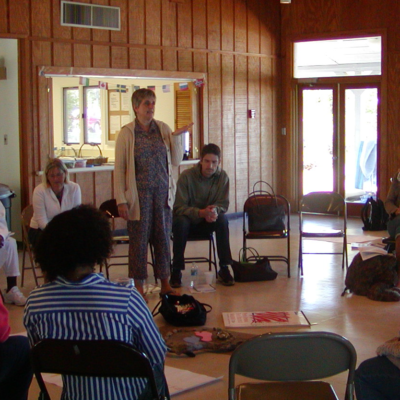 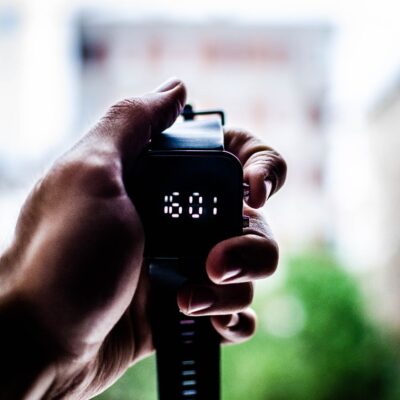 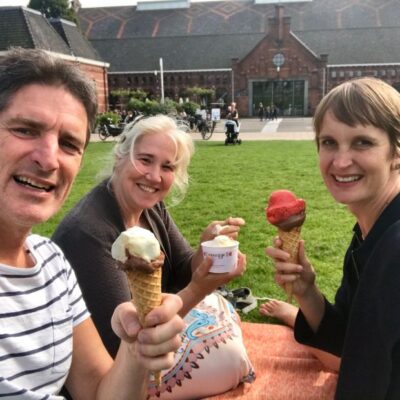