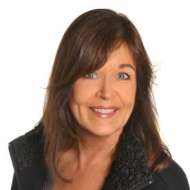 This user has not added any information to their profile yet.

“Walking the mystical path with practical feet”, a quote from Angeles Arrien, is for Sabine the best way to express the effect of the GC approach within business. The simple but highly effective GC-tools help Sabine to support her clients in navigating successfully through change by respectfully inviting, unfolding and including the human genius. Besides Sabine feels supported by the international community of her GC colleagues. On the basis of the GC philosophy, she lives a healthier and more balanced life and thus became a consultant and facilitator who is well-acknowledged because of her positive impact on people in business.

In her first life, Sabine studied languages and law, worked in advertising agencies and opened her own PR agency in 1987. For 13 years, Sabine learned how challenging it is to work in business and to be a business leader. In 2000 she sold her agency because of a growing passion and learning to assist people in organizations to resurface their inspiration and to create life-enhancing climates in which their ‘best future’ can unfold.

Sabine learned to facilitate several large group interventions like Open Space Technology, became a coach, consultant, and facilitator. As an independent business consultant, she works with change in large and mid-sized organizations. In 2001 she discovered the Genuine Contact Program, became a trainer in 2003, and in 2010 a member of the GC Leadership Management Team.

Sabine lives in a beautiful house in the beloved nature of her childhood – in Melle near Osnabrück, Germany. With her company ‘sabine bredemeyer & friends’ she works as a business consultant and GC trainer all over the world.

Sabine has been a co-owner since the beginning of this model in 2006. Working with the GC-approach makes a big difference in her work for herself and her clients. Her passion is to make this approach accessible to as many people in business as possible. She has been in the Leadership-Management Team for 6 years because she wants to contribute to spreading GC in the world. As a co-owner, she actively contributes to take care of the program and to spread it in the world.

What services do you offer that are rooted in Genuine Contact?

All consulting, coaching and facilitation Sabine offers are based on Genuine Contact:

This Trainer offers the following workshops. Check out their website or our Upcoming Events page for details.