In the Genuine Contact way of working, one focus is on developing and continually regenerating a life-nourishing climate within which the organization and its people do their work. There are many considerations for what makes a life-nourishing climate. One is having a chosen decision-making method that is clearly described and well-understood by all members of the organization. It is especially beneficial if this decision-making method is participatory – that stakeholders have a chance to participate in the decisions being made that will affect them or that they are expected to implement.

In our international Genuine Contact Organization, we have a well-defined decision-making matrix and a highly participatory process.

Our decision-making matrix describes who makes what kinds of decisions and when. It is developed based on an understanding that:

Our GCO’s decision-making matrix is organized by groups of people and the kinds of decisions they can make.

Individuals working the Genuine Contact way, who have agreed to adhere to our Statement of Quality Commitment, are considered Genuine Contact Professionals and are able to make decisions about how they conduct their work independently. When GC Professionals come together in working partnerships, they make their own agreements about how decision-making will be done.

Their decisions must satisfy the Foundational Givens of Genuine Contact.

They are supported in their decision-making through mentoring opportunities – whether real-time at a mentoring circle, via email in our Google Group discussions, or through 1:1 mentoring with another colleague.

People who have completed all 9 modules of the Genuine Contact program are authorized to teach these modules. As authorized GC Trainers, they are able to make decisions about the workshops they offer – public or in-house, online or in-person, the number of participants, the cost for participation, the facilitation design for the workshop, and more considerations are all up to the individual GC Trainer. GC Trainers who work together in partnership to offer GC Program workshops make their own private agreements about how this decision-making will be done.

Their decisions must satisfy the Foundational Givens of Genuine Contact.

They are supported in their decision-making through mentoring opportunities – whether real-time at a mentoring circle, via email in our Google Group discussions, or through 1:1 mentoring with another colleague.

They are encouraged to share their experiences facilitating GC Program modules in future mentoring opportunities to support the collective learning of all GC Trainers and to improve future decision-making about workshop facilitation.

Individuals, Project Teams, and Working Groups working IN the GCO

The international Genuine Contact Organization is a learning playground where our members participate in the work of the organization as an opportunity to learn the inner-workings of a Genuine Contact Organization first-hand. Members might take on work individually, as short-term teams who come together to complete a specific project (eg: the Strategic Plan Refresh Team), or as working groups that continue their work over a long period of time (eg: the Leadership Management Team).

For example, the GC 5toFold Facilitation Team is a working group that makes decisions about 5toFold independently, including refinements to the method and how it conducts its stewardship. They most often use 5toFold as their chosen decision-making method.

Their decisions must satisfy the Foundational Givens of Genuine Contact and current Operating Givens.

They are supported in their decision-making through mentoring opportunities – whether real-time at a mentoring circle, via email in our Google Group discussions, through 1:1 mentoring with another colleague, or with the Director of the GCO. They are also supported in their decision-making through cross-team collaboration, ensuring that work being done in the organization is able to take into consideration other work being done that may be of influence.

They are encouraged to harvest their learnings regularly throughout the completion of the scope of work and to share this learning harvest with other members of the organization in future mentoring opportunities to support the collective learning of all members and to improve future decision-making about project development and working the Genuine Contact way.

They are encouraged to harvest their learnings after making decisions and to share this learning harvest with other members of the organization in future mentoring opportunities to support the collective learning of all members and to improve future decision-making about the Genuine Contact way of working. 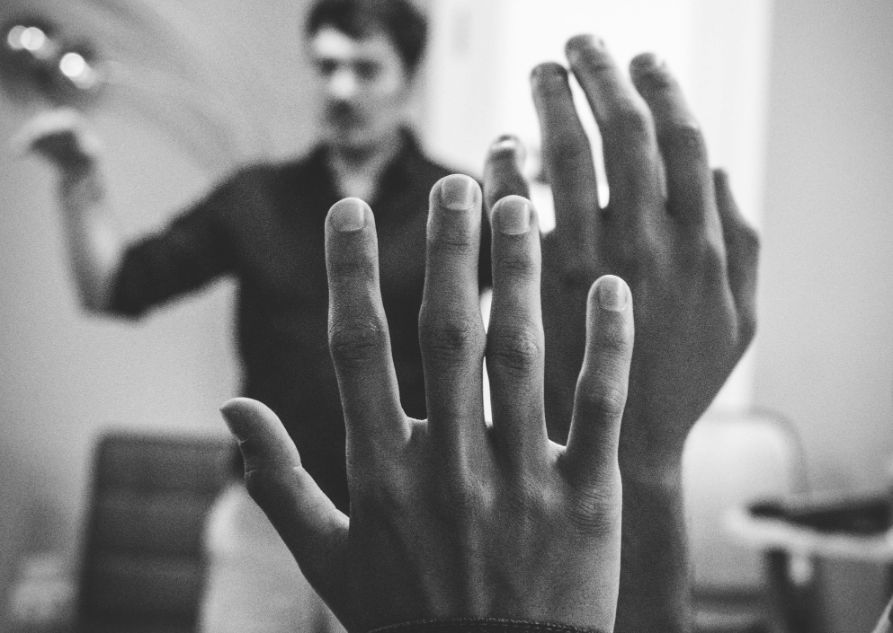 Five to Fold is a collaborative decision-making method that was first developed by Chris Weaver. He brought 5toFold to Genuine Contact beginning in 2006 and it was chosen as our official decision-making method in early 2008. Since that time, members of our organization and community have worked to develop and refine 5toFold as a GC Tool – applying our own unique process to 5toFold, doing it the Genuine Contact Way. Since 2014, this work has primarily been undertaken by the GC 5toFold Facilitation Team. Chris Weaver participated in this development as a GC Professional and later as a Co-Owner until his untimely death in 2017.

In the way we do decision-making within the GCO, participation is a key ingredient. Anyone interested in Genuine Contact can participate in the work of the organization and the decisions that are made as the work is done. When organization-wide decisions are made by the GC Stewards, all members of the GCO can participate in the Decision-Making process and meetings, by asking clarifying questions, and sharing perspectives. The final step of finger-voting to make the decision is done by GC Co-Owners. This vote is done during the meeting so that all interested participants can see the vote and hear the contributions as it is happening.

The Proposal process has 3 steps:

When work is undertaken in the GCO, participatory process that engage a broad selection of stakeholders is used as often as realistically possible. This means that the people who are affected by decisions and those who will be responsible to implement them have the opportunity to be involved from the beginning and to be engaged throughout the process.

Individuals, groups, and teams are encouraged to connect with other people who are undertaking work in the organization to take into consideration other work being done that may be of influence. This cross-team collaboration influences the development of the work being undertaken so that decisions take into consideration a broader picture of the activity of the organization.

During the course of work, when decisions are needed, the people making the decision are encouraged to use the Medicine Wheel Tool or Service Delivery Model as a framework for defining the decision. These tools help to ensure that the decision being made is a holistic decision – that it takes into account as whole a picture as is known at the time. Depending on the scope of the decision, this definition can be quite short, capturing the decision to be made in only a few sentences. It can also be quite robust, being fully described in many pages of details.

Decisions made by the Co-Owners are ones that affect the organization as a whole – its budget, operating givens, organizational structure, business assets or resources. These decisions carry great weight for the organization. In order to ensure that the proposal is robust and considers the perspectives of all stakeholders and to give the Stewards the opportunity to learn as much as possible about the proposal being considered, the next step in our decision-making process is a Proposal Development meeting.

The Proposal Development meeting can be facilitated by the sponsors of the proposal or by another facilitator. It is facilitated using Whole Person Process Facilitation and all members of the GCO are invited to attend. The invitation is sent a minimum of 3 weeks prior to the meeting to give members a chance to make the meeting work within their schedules.

This is an opportunity for the sponsors of the proposal to share their draft proposal and explain the work that has gone into it and the thoughts behind it. Members of the organization who attend are able to provide feedback that can be taken into account to improve or clarify the proposal. Based on the outcomes of this meeting, the proposal sponsor decides whether or not to go ahead with the decision-making meeting. The results of this meeting, including the refined proposal, are shared with all members of the Genuine Contact Organization.

The decision is also made during a meeting. This may happen during the monthly GCO meeting or be scheduled at another time. The Proposal Development meeting is facilitated by someone who is trained in 5toFold Collaborative Decision Making. It is facilitated within a Whole Person Process Facilitation container and all members of the GCO are invited to attend. The invitation is sent a minimum of 3 weeks prior to the meeting to give members a chance to make the meeting work within their schedules.

All members who attend the meeting participate in steps 1-3. Only Stewards participate in the Voting stage. The Stewards have an agreement that the Stewards who are present at the meeting are the ones who make the vote. Those who are unable to attend trust the results of the decision-making. No minimum quorum of Stewards needs to be met.

Decision-Making within a Learning Playground

As stewards of 5toFold, the practice of decision-making within the Genuine Contact Organization gives the GC 5toFold Facilitation Team a rich learning environment in which to practice the method, monitor the process, and make adjustments to our recommended ways of working with 5toFold – both within the GCO and when working with clients with whom we also often use or teach this  decision-making method.

Photo by Artem Maltsev on Unsplash